Employee trapped inside equipment because of a lack of isolation

Manufacturer of carbon-based products, SGL Carbon Fibres Limited (SGL), was fined £12,000 following an incident where an employee sustained soft tissue injuries to his right hip and a fracture to his lower right leg.

Posted by Phil Chambers at 12:03 No comments:

Wirral-based Novaflex Ltd., that manufactures composite hose products was fined £29,000 (inc.costs) after an inexperienced agency worker was injured when he was pulled into a spinning lathe, sustaining open fractures to his right arm. 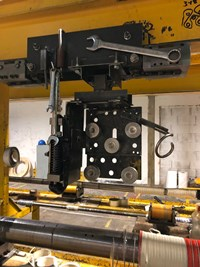 The HSE inspector said:
“Those in control of a workplace have a responsibility to identify and devise safe methods of working and to provide the necessary information, instruction and training to their workers.”

Posted by Phil Chambers at 11:54 No comments:

The HSE inspector commented:
“The company should have produced a detailed risk assessment when the conveyor was added to the existing machine. This could have identified that there was an unguarded rotating drive shaft which required guarding to prevent access. This injury could have been easily prevented, and the risk should have been identified.”

Posted by Phil Chambers at 11:43 No comments:

Like with most of the Brexit situation, the UKCA mark is a confusing mess.  Originally, the UKCA mark was supposed to replace the CE mark for equipment which originated in the UK and stayed here, with this coming into force at the end of 2020.

Then it changed so with the UK Government making provision for the UKCA mark, but having it being complimentary to the CE mark and not replacing it.   The default would be the CE mark, but the UKCA mark is there in case there are circumstances where the CE mark cannot be used.  An example of this would be if a company had made use of a UK Approved Body.

Now it has changed back again.

This applies to all equipment placed on the UK market, with the exception of Northern Ireland who will still use the CE mark.

See support for machinery manufacturers on CE marking from Strategic Safety Systems Ltd.
Posted by Phil Chambers at 11:19 No comments:

Plastic tubing manufacturer Metelle UK fined £100,000 after worker was caught in an exposed clamp of a poorly-guarded machine

Emtelle UK Limited, a manufacturer of plastic tubing and blown fibre tubing for telecoms and water piping, was fined £100,000 after an employee suffered serious injuries to his left hand when it came into contact with the exposed clamp of a socket machine. 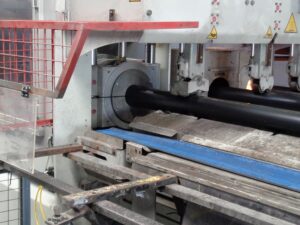 The HSE inspector said:
“This incident could so easily have been avoided by simply carrying out correct control measures and safe working practices. Companies should be aware that HSE will not hesitate to take appropriate enforcement action against those that fall below the required standards.”

Posted by Phil Chambers at 13:07 No comments:

The HSE inspector said:
“Companies must understand that high risk activities require a thorough risk assessment process and robust management systems to protect their employees from risk of serious or fatal injuries. It is not good enough for companies to assume they are doing all they can to control the risk just because there have been no previous incidents. Joseph McDonald’s death could have been prevented had Leadec Limited had the necessary control measures and management systems in place to protect its employees.”

Posted by Phil Chambers at 17:46 No comments:

Landlord and mechanic ignored prohibition and improvement notices and received a string of penalties including 2 suspended sentences.

Mechanic and landlord Mustafa Kemal Mustafa was disqualified as a director for six years, received two suspended custodial sentences, 300 hours unpaid work and ordered to pay £8,000 in costs and after refusing to comply with enforcement notices issued by the Health and Safety Executive (HSE) and Kent Fire and Rescue Service. 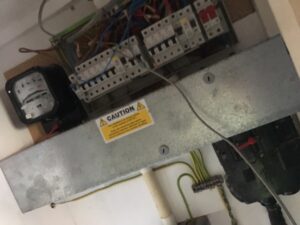 The HSE inspector said:
“HSE is dedicated to ensuring that business owners and landlords operate within the law and provide safe accommodation for tenants and a safe place to work for employees. We do not tolerate disregard for health and safety and consider the non-compliance of HSE enforcement notices as a serious offence. In this case Mr Mustafa chose to flagrantly ignore the support, guidance and warnings from HSE to assist his compliance with the law and continued placing people at serious risk of injury or even death. Wherever possible we continue to work with companies to improve health and safety. However, we will not hesitate to take enforcement action where necessary and prosecute individuals and businesses who ignore warnings and the law.”

Posted by Phil Chambers at 13:41 No comments: